The elites are constantly looking for ways to get rid of Christianity in western Society. One of the ways they are being successful at it comes from pushing the LBGT agenda of same sex marriage. Recently, the government has passed a law that could have a major impact on remnant believers and remnant churches. Its called the Respect for Marriage act” and its anything but the respect for a Biblical marriage. Instead it promotes an insidious and twisted perversion of marriage and demonizes those who hold to the Bible’s definition of marriage.  On today’s broadcast we explore the ramifications of the bill in terms of the possibility of legal persecution coming to believers. 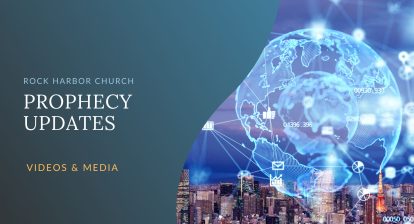 Why Is America So Interested in the Ukraine?
October 13, 2022

Deliver Us From Evil – Understanding the Times

Understanding the Battle With The Forces of Darkness – Part 49